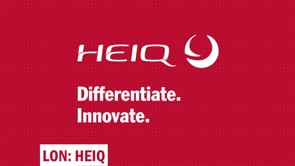 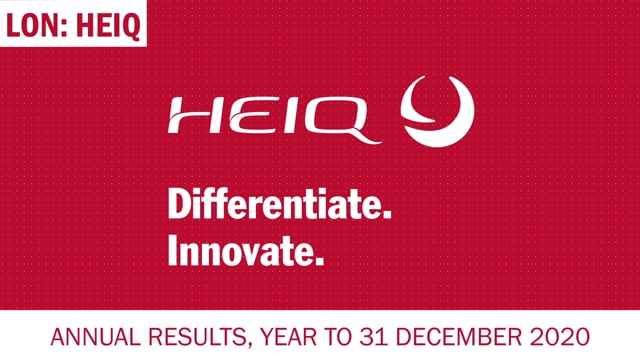 Founded in 2005, HeiQ has grown into a high growth, cash generative company which employs more than 100 people around the world. The team has developed over 200 technologies in partnership with over 300 major brands, including Burberry, GAP, New Balance, Patagonia, Speedo, The North Face and Zara. These technologies can cool, warm, dry, repel, purify, and even destroy viruses.

Led by an experienced management team, HeiQ rapidly researches new solutions for partners, quickly delivers scaled up manufacturing from its sites across the world and helps partners market the product to end consumers – aiming for lab to consumer in months.

(From HeiQ’s website) HeiQ Fresh AIR, the world’s first photocatalytic air sanitizer which was developed for a leading Swedish home furnishing retailer, capable of reducing 80% of daily indoor VOC’s such as formaldehyde. The market is expected to grow to an estimated $250m by 2025.

HeiQ Clean Tech, awarded with the Swiss environmental award in 2019, potentially allows our society to reduce global CO2 emission by 1% thanks to a more sustainable and affordable polyester dyeing process. The market is expected to grow to an estimated $500m by 2025.

“When a company makes a claim that its fabric coating kills all known bacteria and viruses including Covid-19 within 30 minutes and has a shelf-life of up to seven years, it tends to get attention. The Viroblock product from Swiss-based HeiQ Materials was originally developed as an antimicrobial for the Ebola crisis in 2013 and now it is seeing strong demand following the Covid-19 …”

“£20m placing for the enlarged group plus further secondary placing of £40m for selling shareholders. HeiQ creates technologies that add functionality, comfort, hygiene and sustainability to existing apparel, home textiles, technical textiles, medical textiles and devices and functional consumer products. It is anticipated that the funds raised will be used to strengthen the Enlarged Group’s regulatory portfolio, enhance its direct to consumer marketing and build brand equity, expand its geographical footprint, expand its sales channels, upscale the product HeiQ GrapheneX and build a medical business unit in light of the robust growth that HeiQ Viroblock has experienced due to the COVID-19 global pandemic. H1 2020 revenues of $30m and EBITDA of $11.5. Anticipated mkt cap £141 million, Main Mkt (Standard).”