Increase in Pipeline and Issue Size

Further to the Company’s announcement on 7 April 2022, the Board of Supermarket Income REIT plc has decided to increase the target size of the Issue from approximately £175 million up to a maximum of £300 million. This decision has been made following careful consideration of the strong level of support received from potential investors, which materially exceeds the initial target Issue size; the Investment Adviser’s confidence in acquiring assets in the pipeline; and the increase in the availability of attractive investment opportunities since the marketing roadshow began.

The timetable pursuant to the Issue remains unchanged, except that the latest time and date for the receipt of commitments under the Issue is now 1 p.m. on 26 April 2022. The results of the Issue are expected to be announced on 27 April 2022.

Applications will be made to the FCA and the London Stock Exchange for admission of the New Ordinary Shares to the premium listing segment (closed-ended investment funds) of the Official List of the FCA and to trading on the premium segment of the London Stock Exchange’s Main Market for listed securities. It is expected that Admission will become effective on, and that dealings for normal settlement in the New Ordinary Shares will commence by, 8 a.m. on 29 April 2022.

The Issue is being conducted in accordance with the terms and conditions contained in the Appendix to the Proposed Issue of New Ordinary Shares announcement published by the Company on 7 April 2022, as amended by this announcement.

The Issue is not underwritten. The Issue may be scaled back by the Directors for any reason, including where it is necessary to scale back allocations to ensure the Issue proceeds align with the Company’s post fundraise acquisitions and leverage targets.

The dates set out in the expected timetable above may be adjusted by the Company. In such circumstances, detail of the new dates will be notified to the Financial Conduct Authority and the London Stock Exchange and an announcement will be made through a Regulatory Information Service.

Below is a video, shot with the investment team of Atrato Group, the advisors behind SUPR, highlighting the Group’s investment strategy 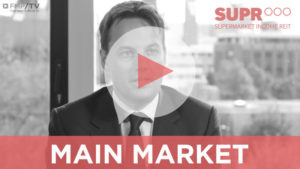