Altus Strategies Plc (AIM: ALS, TSX-V: ALTS, OTCQX: ALTUF) announces highly encouraging Reverse Circulation (“RC”) drilling results from the Lone Wolf prospect at the Tabakorole gold project (“Tabakorole” or the “Project”), located in southern Mali. Altus holds a 2.5% Net Smelter Return (“NSR”) royalty and a 30% equity interest in the Project. Exploration activities at Tabakorole are being funded by Marvel Gold Limited (ASX: MVL) under its Joint Venture (“JV”) with Altus. The drilling was designed to test the potential to extend the Tabakorole deposit on which a Mineral Resource Estimate (“MRE”) has been modelled.

“We are delighted with the progress being made by Marvel at our Tabakorole gold royalty and JV project in Mali. The recent RC drilling results are highly encouraging including a wide, high grade and shallow intersection of 14m at 4.9 g/t from 33m. A follow up geophysical survey is now being planned ahead of further drilling. Altus holds a 2.5% NSR royalty on gold production from Tabakorole and our 30% interest is free-carried until Marvel completes US$5 million of expenditure by December 2023. Marvel may then earn up to an 80% interest in the project by sole funding a definitive feasibility study. I look forward to updating shareholders on progress in due course.” 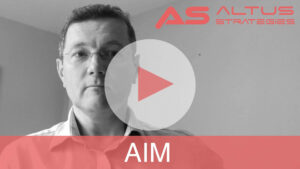