African mineral sands producer and developer, Base Resources Limited (ASX & AIM: BSE) (Base Resources or the Company) is pleased to announce that the Government of Kenya and Base Titanium Limited, Base Resources’ wholly owned Kenyan Subsidiary, have signed Deeds of Variation for the Kwale Special Mining Lease 23 (SML 23) that give effect to the following:

Prior to being varied, the applicable royalty rate under SML 23 was 2.5% and it is on this basis that royalties have been paid. However, from first export of minerals, royalty costs have been provided for, and expensed, by the Company at an assumed royalty rate of 5%, based on an expected outcome from the long running discussions with the Government of Kenya. In consideration for entry into the Deeds of Variation, in particular agreement to a royalty for the period to 30 June 2018 at a rate lower than had been accrued, Base Titanium will withdraw its claim for refund of VAT receivables related to the construction of Kwale Operations.

“We are pleased to have reached this agreement with the Government of Kenya. With the land acquisition processes proceeding to plan and nearing completion, mining is now scheduled to continue on the Kwale South Dune until December 2023.”

“With the recently released Bumamani Pre-Feasibility Study supporting further extension to Kwale mine life to mid-2024, the focus is on completing the Definitive Feasibility Study and securing the required tenure arrangements. Looking further ahead, we are pursuing wider exploration opportunities in both Kenya and northern Tanzania.” 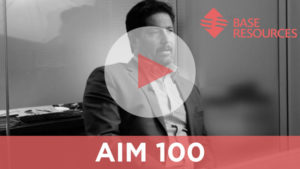