The Board of eEnergy Group plc (AIM: EAAS), a leading “Energy Efficiency-as-a-Service” (EEaaS) business in the UK and Ireland, is pleased to confirm that, further to the announcement earlier today, the bookbuilding process has now closed (the “Placing”) and the Company has raised gross proceeds of £12 million through the Placing of 80,000,000 new ordinary shares of 0.3 pence each (the “Placing Shares”) at a price of 15 pence per share (the “Placing Price”). The Placing Price represents a discount of 14.3% to the closing mid-market price of 17.5 pence per share on 14 September 2021.

Application has been made to the London Stock Exchange for the 18,031,250 Consideration Shares and 80,000,000 Placing Shares to be admitted to trading on AIM (“Admission”). It is expected that Admission will take place at 8.00 a.m. on 17 September 2021 (or such date as may be agreed between the Company and the Joint Bookrunners). The Placing is conditional, inter alia, upon Admission becoming effective. 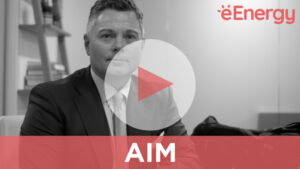