25 November 2020: Ncondezi Energy Limited (“Ncondezi” or the “Company”) (AIM: NCCL) is pleased to announce that it has raised a total of £750,000 before expenses by way of an oversubscribed placing at a small premium to the 30 day volume weighted average price.

The Company will use the net proceeds of the Placing for general working capital purposes. The net proceeds together with the Company’s existing cash resources are expected to cover corporate costs to complete the tariff negotiations with Electricidade de Moçambique and key agreements including the Power Purchase Agreement and Power Concession Agreement.

“We are delighted with the result of this oversubscribed Placing which puts the Company in a strong financial position ahead of a transformational year as we progress the Project towards Financial Close. In addition, I would like to thank Scott Fletcher who has made an immediate impact since joining the Board earlier this month and to welcome the new Shareholders who have participated in the Placing.

We look forward to providing further updates as we hit our milestones and continue to move the Project forwards. We also look forward to progressing our C&I solar battery strategy in a way that does not impact our cashflows at the group level, the Board will work in parallel on this and will update the market in due course.”

The Company has raised gross proceeds of £750,000 before expenses, through a conditional Placing of 16,666,667 Ordinary Shares at a price of 4.5 pence per Ordinary Share, representing a small premium to the 30 day volume weighted average price and a 50% premium to the last fundraising in May 2020.

As part of the Placing, for each two new Placing Shares subscribed for the placee will receive a non-transferable Placing Warrant to subscribe for an Ordinary Share with an exercise period of one year and exercisable at a price of 7.5 pence per Ordinary Share. The issue and exercise of the Placing Warrants into Ordinary Shares is conditional upon shareholder approval of the relevant resolutions to grant the Directors authority to allot shares and disapplying pre-emption rights at the forthcoming AGM due to be held on 16th December 2020. It is expected that the relevant resolutions will be passed but there is no certainty that they will be. A total of 8,333,334 Placing Warrants will be issued. The Placing Warrants will not be listed and will be exercisable at any time for a period of one year from the date of Admission.

The Placing was arranged by Novum Securities Limited pursuant to a placing agreement entered into with them. In connection with the Placing, the Company has also agreed to issue 833,333 warrants over Ordinary Shares to a nominee of Novum Securities Ltd (“Novum”) (“Broker Warrants”). Each Broker Warrant entitles the holder to subscribe for one Ordinary Share at the Placing Price and will be exercisable at any time for a period of one year from the date of Admission. The issue and exercise of the Broker Warrants into new Ordinary Shares is also conditional on shareholder approval of the relevant resolutions to grant the Directors authority to allot shares and disapplying pre-emption rights at the forthcoming AGM due to be held on 16th December 2020.

Following Admission, the Company’s issued share capital will comprise 366,361,716 Ordinary Shares, each with one voting right. The above figure of Ordinary Shares may be used by Shareholders in the Company as the denominator for the calculations by which they will determine if they are required to notify their interest in, or a change in their interest in, the share capital of the Company under the Disclosure and Transparency Rules. 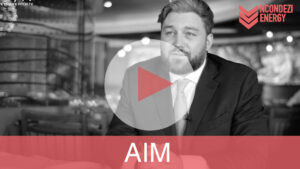