Marimaca Copper Corp. (“Marimaca Copper” or the “Company”) (TSX: MARI) is pleased to announce that, following the positive vote by the Antofagasta Environmental Evaluation Commission ( refer to news release on 5 November 2020 ), it has received its Environmental Qualification Resolution (“RCA”), which allows it to undertake new exploration campaigns at the Marimaca Copper Project (the “Project”) and in the broader Marimaca District.

“We have now received the final documentation to allow the Company to undertake its aggressive exploration plans in 2021. We are especially pleased that the rigorous environmental baseline studies , which were completed , indicated that the Project is unlikely to have any significant impacts on the local environment.

“Our geological team has been on the ground for several weeks completing the various surveys to allow the further delineation of high priority targets for drilling in early 2021. Of particular interest is the increasingly observed presence of outcropping oxide mineralization noted during reconnaissance work at the Mercedes target , approximately 3km north of the Marimaca Oxide Project . We will provide an update on this as soon as the surveys are complete.

“With the successful upsized overnight marketed deal to raise C$25.2m, we are now well funded to commence our exploration programs which will assess the potential of the Marimaca Sulphide Target and the several targets which have been identified further to the north in the Marimaca District. “

We interviewed the Company’s President, Hayden Locke who highlights the firm’s investment case and the outlook for the copper price, which has seen sharp rises in recent month. 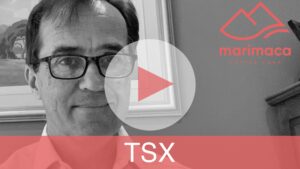