Emmerson Plc, the Moroccan focused potash development company, is pleased to announce the results from the Socio-economic Study for its Khemisset Potash Project in Morocco (‘Khemisset’ or ‘the Project’) which provides measurable and verifiable confirmation of the significant benefits that the Project will deliver at a local, regional and national level.

The highlights of the study include:

Emmerson CEO, Graham Clarke, commented, “We are delighted with the outputs of the study which demonstrate that the local, regional and national benefits that the Project will bring are significant. Our company values are summarised by the phrase “doing the right things in the right way” so it is an important part of the Company’s approach that the development of the Khemisset project has a positive impact on the local area and has a national significance which we have now demonstrated will be the case.”

Summary of the Socio-economic Study

The socio-economic baseline settings were analysed and applied to the calculated potential monetary and non-monetary impacts using a multi-dimensional framework. This process has methodically proven the potential for the Project to be a development catalyst for the province of Khemisset in particular and Morocco in general.

The Khemisset Potash Project will have a significant positive impact on the Moroccan economy. Total project investment is projected to be US$2.5 billion over the life of mine. The Project will produce over 700,000 tonnes of saleable K60 MOP (Muriate of Potash) and 1 million tonnes of de-icing salt per year. The projected mine life is 19 years although there is potential to extend this timeframe based on the mineral resources already in place.

Construction of the mine and associated infrastructure is expected to generate a total of more than 2,385 direct and indirect jobs. When operational, the mine will directly employ over 760 people whilst a total of 1,500 roles will be created by the effect of the employment multiplier. The Company has a policy to source, where skills are available, ninety per cent (90%) of all employees from the local area including the city of Khemisset and its surrounding communes.

Capital costs to build the mine are estimated at US$411 million. Construction is expected to take 24 months. Operating costs are estimated to be over US$100 million per annum and the Company will adopt a procurement strategy that seeks to provide preferential treatment to locally based providers of equipment and labour. Maximising the value of Capex and Opex procured from within Morocco will further increase the benefits to the local, regional and national economy.

Products generated by the Khemisset Potash Project will likely be exported to markets in the USA, Europe and Brazil. Revenue from the export of MOP and de-icing salt is estimated to contribute an additional 8% to Morocco’s mineral export revenue, 110% to non-phosphates export revenue, and is expected to have a significant positive effect on Morocco’s current account deficit. Capital investment financed from overseas and reinvested profit will also contribute to foreign direct investment to Morocco.

The Khemisset Potash Project will not only be the first potash project in Morocco, but the first in Africa. The economic impacts of the Project will be profound with significant benefits being felt at the local, regional and national level:

The Company’s corporate policies and standards aim to deliver sustainable benefits for the Project and its stakeholders. Analyses of the potential impacts through a five-dimensional work frame has confirmed the potential contribution of the Project to the Sustainable Development Goals of the United Nations Development Program in Morocco.

The study was carried out by Dr Sallem Koubida, a Moroccan Professor of Economics. Dr Koubida is a renowned economist and has completed similar studies for several industrial development projects including a multi-national company investing in fast moving consumer goods in Morocco. Currently, he is Associate Professor of Economics and the Chair of Quality Assurance and Operating Effectiveness at the School of Business Administration, Al Akhawayn University Ifrane, Morocco. 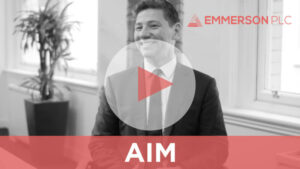