Bango processes Billions of £ pounds of mobile payments for the likes of Google, Amazon, Youtube TV and Netflix. As a result, Bango collects an enormous pool of payment data, and this has led to the launch of its data business – a service which allows marketers to build audiences of users who have a history of paying for products. This service is a step-change from Google, which will enable marketers to identify users based on what they search for, or Facebook, which identifies users based on what they like. Over 2019 Bango opened more payment routes, doubled it’s end-user spend for the fifth consecutive year and launched Bango Marketplace.

Bango Marketplace allows app developers and merchants to build audiences of paying users on Facebook. Bango’s help developers and merchants thrive by collecting money through the Bango platform. As a result, Merchants attract more paying users. Bango can see which users are spending and what they are buying. This data is processed into actionable insights (providing audiences of paying users), which increases sales, which increases payment data…Bango call this strategy the virtuous circle. Bango’s payments business has doubled it’s end-user spend (EUS) for 5 consecutive years. The profits produced from this business is being re-invested into the data monetisation business. A video production from Five Minute Pitch TV. Bango plc is listed on the London Stock Exchange and is a constituent of the Alternative Investment Market (the ‘AIM’). Bango has the ticker LON: BGO 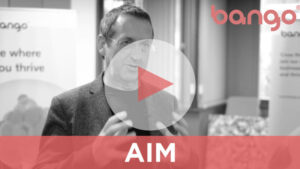