AdEPT Technology: Proposed placing to raise up to £4m

AdEPT Technology Group plc (AIM: ADT) one of the UK’s leading independent providers of managed services for IT, unified communications, connectivity, voice and cloud services, announces its intention to conduct a non pre-emptive placing of up to 1,242,187 new Ordinary Shares (the “Placing Shares”) at a price of 320 pence per Placing Share (the “Issue Price”) to certain existing shareholders and institutional and other investors by way of an accelerated bookbuild which will be launched immediately following release of this announcement (the “Placing”). This is alongside a proposed subscription of new ordinary shares by certain Directors of the Company (the “Subscription”) for 7,813 new Ordinary Shares (“Subscription Shares”) at the Issue Price detailed further in this announcement.

The total number of Placing Shares and Subscription Shares (together the “New Shares”) will be issued under the existing authorities which were granted at the Annual General Meeting held on 25 September 2019. The Placing and Subscription are therefore not subject to shareholder approval.

Net proceeds of the Placing and Subscription will be used in support of the Company’s stated strategy to reduce indebtedness, finance potential acquisition opportunities, accelerate Project Fusion “One AdEPT” and for ongoing working capital requirements. Alongside the delivery of long term, sustainable organic growth, the Board believes that selective acquisitions will continue to provide an expedited route to growth. This may be to accelerate product and technology capability and / or broaden AdEPT’s geographic footprint. Any acquisition activity would be judged against defined strategic, operational, financial and cultural criteria before being considered for further investigation.

Since 2015, the Board has successfully pursued a strategy of building AdEPT so that it can offer one-stop converged delivery of IT and communications infrastructure and services to its broad range of customers. In part, this has been achieved by the acquisition and integration of a number of companies around the UK which have brought complementary services and skills to the Group.

In addition, there is an ongoing focus on delivering organic growth year on year, particularly through; increasing the size of opportunities AdEPT is able to win, deploying a greater range of capability to both new and existing customers, leveraging AdEPT’s strong supplier relationships, capitalising on AdEPT’s supplier status in various public sector frameworks and benefitting from its relationships with major UK network operators.

There are 6 key strategic areas of focus with the aim of delivering long term value for the Company’s shareholders:

Through ‘Project Fusion’ improve the service and range of capability provided to customers and the efficiency of the business.

Building out the AdEPT Education Suite for the benefit of both education and commercial clients, together with the evolution of AdEPT Nebula to ensure this combined capability can be cost effectively, and elegantly, deployed.

Capitalising on the experience within the Education, Health, Commercial and Public sectors, and the technical expertise in Telephony, Networking and IT markets.

Acquiring complementary businesses that either increase economies of scale for AdEPT or broaden the proposition that can be delivered to customers.

Acquisitions are a key component of the AdEPT strategy and the Board believes that there is significant opportunity and value to be found in the highly fragmented UK managed services sector within the ICT arena. There is continuous evaluation of potential strategic acquisitions which should complement the existing business whilst adding shareholder value.

Alongside, the Board pursues rigorous discipline in financial and operational management and the Directors are of the opinion that the recent and ongoing One AdEPT initiative (christened ‘Project Fusion’) has heralded the integration of the different Group operations into an efficient single operating platform, across sales, marketing, internal systems and brand development.

The Company announced on 12 November 2019 interim results for the six months ended 30 September 2019. Revenue increased by 26% to £30.8 million driven by the acquisition of Advanced Computer Systems Group Limited and full 6-month contributions from acquisitions in previous periods. EBITDA increased by 18% to £6.1 million. Adjusted profit after tax increased by 4% to £3.9 million, resulting in a 4% increase to adjusted fully diluted EPS to 15.3 pence. An interim dividend of 5.10 pence was declared, representing a 4% increase over the comparative period. Reported EBITDA to pre-tax cash from operating activities was 90%, with the senior net debt of £31.5 million at 30 September 2019.

Cantor Fitzgerald Europe is acting as Sole Bookrunner in connection with the Placing. The Placing is being conducted by way of an accelerated bookbuild process (the “Bookbuild”) and will be launched immediately following the release of this announcement (the “Announcement”), in accordance with the terms and conditions set out in the Appendix to this Announcement (the “Appendix”).

The final number of Placing Shares will be agreed by Cantor Fitzgerald Europe and AdEPT at the close of the Bookbuild, and the result of the Placing will be announced as soon as practicable thereafter. The timing for the close of the Bookbuild and allocation of the Placing Shares shall be at the discretion of Cantor Fitzgerald Europe in consultation with the Company. The Placing is not underwritten.

By choosing to participate in the Placing and by making an oral and legally binding offer to acquire Placing Shares pursuant to the Bookbuild, investors will be deemed to have read and understood this Announcement (including the Appendix) in its entirety and to be making such offer on the terms and subject to the conditions in such announcement, and to be providing the representations, warranties and acknowledgements contained in the Appendix. Your attention is drawn to the detailed terms and conditions of the Placing set out in the Appendix to this Announcement.

Application has been be made to the London Stock Exchange for the New Shares to be admitted to trading on AIM. Admission is expected to become effective and dealings in such shares are expected to commence at 8.00 a.m. on 25 February 2020. The New Shares will, when issued, be credited as fully paid and will rank pari passu in all respects with the Existing Ordinary Shares, including the right to receive all dividends or other distributions made, paid or declared in respect of such shares after the date of issue of the New Shares.

The following directors of the Company intend to participate in the Subscription and subscribe for the following:

The Subscription is conditional upon completion of the Placing. 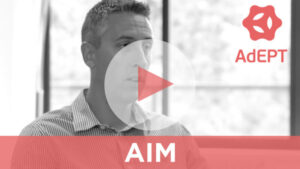