Stenprop: Result of election for cash or scrip dividend

Stenprop shareholders are referred to previous announcements, the last of which was released on Tuesday, 14 January 2020, in respect of the offer to receive the interim dividend of 3.375 pence per share for the six months ended 30 September 2019 either as a cash dividend or a scrip dividend by way of an issue of new Stenprop shares (of the same class as existing shares) credited as fully paid up.

The Company is pleased to announce that election forms for 1,662,173 shares of EUR 0.000001258 pence each in the Company (the “Scrip Dividend Shares”) have been received, representing 0.56% of the current issued share capital of the Company. The Company intends to utilise treasury shares to settle the scrip dividend.

Following the Allocation, the total number of shares issued by the Company will be 298,775,175, of which 14,542,867 will be treasury shares. The total number of shares in issue following the Allocation, less shares held in treasury, will be 284,232,308. From 14 February 2020, the figure of 284,232,308 shares may be used by shareholders in the Company as the denominator for the calculations by which they will determine if they are required to notify their interest in, or a change in their interest in, the share capital of the Company under the UK Financial Conduct Authority’s Disclosure Guidance and Transparency Rules. 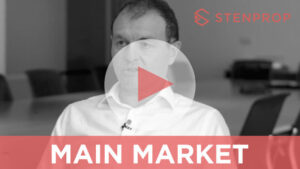